In Medicare bundled payment programs, episode cost targets have a major role in determining a participant's financial results. CMS establishes targets in these programs through a variety of methods, and these targets are compared with the participant’s actual episode costs to determine surplus or deficit. In the “BPCI Classic” program targets were established based on each provider's historical cost in the participating DRGs, meaning that participants who reduced cost would generally achieve surpluses, and vice versa.

In BPCI Advanced, however, targets are computed by applying three factors to the national average episode cost for each episode type. These factors adjust for the provider's historical efficiency, patient case mix, and certain provider characteristics. They increase or decrease the average national episode cost to compute the final target for each episode type. In most cases these adjustments are moderate, increasing or decreasing the target from the national average cost by only a few percent. In some cases, however, the adjustment factors are significantly larger and can themselves create a surplus or deficit for participants in that episode type. And while the overall objective of these programs is to achieve financial access by reducing episode cost, participants can occasionally “game” the system to achieve the same level of success by simply selecting episodes having highly advantageous targets.

A detailed discussion of the BPCI Advanced targets is provided in this Singletrack Analytics article, and readers should refer to that article for those details. For purposes of this article, we'll simply note that the three factors that adjust the national average cost are:

An Excel workbook containing a table of these factors is provided to each participant for each performance year, but CMS has also released a comprehensive workbook listing all target factors for all BPCI Advanced participants. This list provides a veritable treasure trove for researchers interested in delving into the factors affecting target rates, and potential areas in which financial success may be disproportionately determined by targets.

Each of the target factors is provided in the target workbooks in a table with headings like those below.

The three factors are essentially multiplied together and then multiplied by the "Dollar Amount", which is the average national cost for that episode. Thus, the product of these three factors multiplied together is the overall participant-specific adjustment, which will be referred to as the "Combined Factor" below. For example, a participant in CHF episodes having an efficiency factor of 1.02, a PCMA of 1.07, and PAT factor of .89 would have a Combined Factor of .97. This means that the target for that episode would be 97% of the average national episode cost.

Evaluating your own targets

Let’s take a look at an example of a set of targets from the CMS national target file described above.

Since target calculations begin with the "Dollar Amount" (which is the national standard cost for each episode type), it's useful to compare the participants’ average baseline episode cost to that amount. Episode types in which the baseline cost exceeds the target will require greater cost reductions in order to meet the targets unless the target adjustment factors above are sufficiently large to adjust away that difference. An example of that calculation is shown below.

In this example the participant’s baseline cost is lower than the national average (“Dollar Amount") for AMI, CHF, and Sepsis episodes but exceeds the national average for Cervical Spinal Fusion, MJR, and PCI. Thus, the episodes highlighted in green appear to have greater financial opportunity then those in orange.

But that's not the end of the calculation. We now need to look at each of the adjustment factors to see how they will affect the target. Those factors appear on the CMS target work book in the columns indicated below. The “Combined Factor” is the product of multiplying the three individual factors together, and shows the net effect of each of the factors on the target.

The effect of each factor for this provider is as follows:

The final calculation multiplies the "Dollar Amount" by the Combined Factor to create the "Preliminary HBP”, which is the target amount before adjustment for the CMS discount. This can then be compared to the average baseline episode cost for each episode. The HBP/Baseline ratio indicates the relationship between the preliminary target and the baseline cost, with a ratio exceeding 100% showing that the target was higher than the baseline cost, and vice versa. A ratio exceeding 100% indicates that less cost reduction (or none) may be necessary in those episodes to meet the targets.

Notable for this participant is that episodes in which the historical cost significantly exceeded the national cost (indicated in red and orange) were highly affected by the target adjustments, whereas the converse was true for episodes in which the national cost was greater than the baseline cost. As a result, the Preliminary HBP is within several percentage points of the participant’s average baseline episode cost for three episodes – Acute Myocardial Infarction (AMI), MJR and PCI. The Cervical Spinal Fusion episodes had an advantageous Combined Factor of 1.11, but the excess of baseline cost over the national average cost was so great that the Preliminary HBP is 6 percentage points above the baseline cost. Consequently, significant cost reductions from the baseline levels for these episodes would be necessary to reach the targets. Conversely, for Congestive Heart Failure (CHF) and Sepsis episodes the excess of national average episode cost over baseline cost was partially negated by the combined factors (the Preliminary HBP is lower than the Dollar Amount) – the targets still exceed the baseline cost, but by less than they did before the adjustments were applied.

Winners and Losers Among Episodes 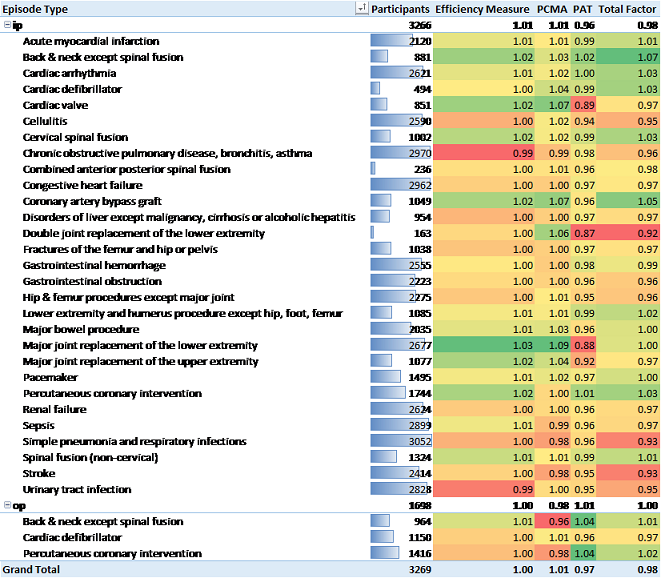 Table 6- Average Target Factors for All Participants by Episode Type

Participants who can’t lose – or win

But even more interesting than the difference in targets among episode types is the difference within an episode type across different providers. The earlier analysis describes the process that an individual participant would perform to evaluate their target opportunities in BPCI Advanced. The analyses for most participants will be similar to that shown above – there may be a few episodes in which the targets create a slight advantage or disadvantage. However, some participants appear to have the targets stacked in their favor for a large number of episodes, while other participants don’t appear to be able to succeed in any episodes.

The former situation occurs when the Combined Factors many episodes for a participant are significantly above 1.0, indicating that the targets will significantly exceed the national average episode cost. This doesn’t necessarily guarantee a financial surplus for the participant since their own episode cost may exceed the national average, but it provides for a higher target than other participants will receive for the same episode and thereby facilitates the ability of those participants to achieve a surplus.

The set of graphs below show the values of each of the four factors in Sepsis episodes for each of the 2899 participants in that episode type. As can be seen, the median value of the Efficiency and PCMA factors is close to 1.0, with some values slightly lower and some slightly higher. The PAT factor is lower than 1.0 for about 80% of participants, but increases significantly for few participants have the right side of the graph. The Combined Factor graph shows the product of the other three factors and indicates that about 3/4 of participants will have a Combined Factor lower than 1.0, meaning that the targets will be established below the national average cost.

What's notable here, though, is what happens at the right end of this graph. About a quarter of participants will have targets that are significantly higher than the national average, some of which are 50 – 100% larger. Those participants are virtually guaranteed financial success regardless of their episode cost. Participants who identify advantageous targets can elect to participate in those episodes with little financial risk; therefore identifying episodes having highly advantageous targets should be part of every participant’s episode selection process. 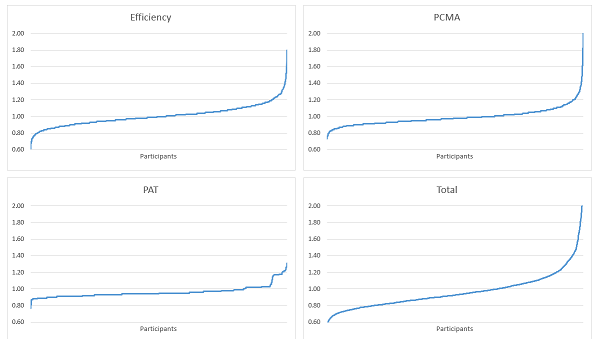 This phenomenon occurs in other episode families, primarily those with high Combined Factors in Table 6 above.

The example above shows how individual participants can sometimes have advantageous targets in selected episode types, but some hospitals just seem to be lucky! The hospitals below have target factors that are all larger than 1.0, with targets and some episode types significantly higher.

This phenomenon occurs at the other end of the risk factor scale too, with some hospitals’ targets set significantly below the regional average, as shown below.

So while CMS certainly intends BPCI Advanced to be a program in which financial success accrues to participants who can create clinical change, a few hospitals could participate in several episodes and be virtually guaranteed financial success with no clinical change necessary. And while this situation may be acceptable in a voluntary program in which no hospital with disadvantageous targets is forced to participate, it would have significant implications for mandatory programs in which all participants must participate.